Google’s Pixel 5 is an excellent smartphone with an attractive and ergonomic design, class-leading cameras, and a clean Android interface. Launched in 2020, it remains to have the best performing camera. 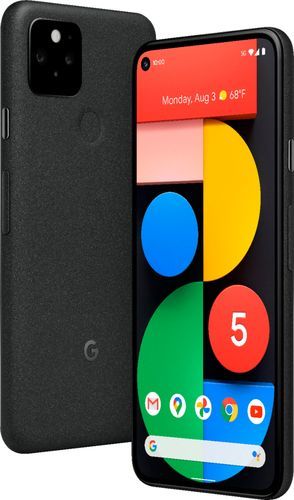 Google Pixel 5 is not an average glass structure as it’s got a body made of recycled aluminum. Apart from wireless charging, having a smartphone with glass on the back makes it easier for RF signals to pass through, and it becomes prone to damage. This metal body makes Pixel 5 the first 5G-enabled smartphone with a metal body structure.

The screen is guarded by Gorilla Glass 6, and just like the Pixel 4a, the 5 has a punch-hole cutout for the selfie camera. The proximity sensor can be seen under intense light, just below the earpiece. Which helps keep the bezels thinner. 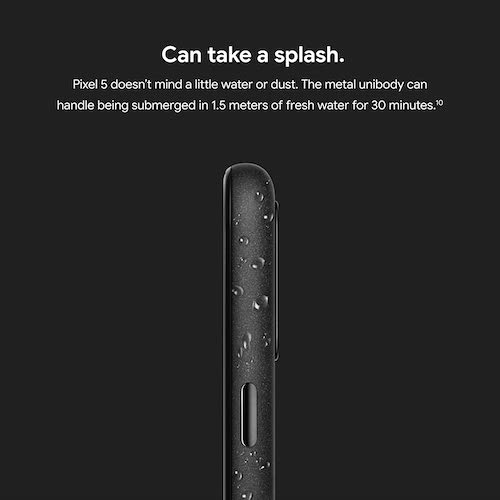 The Pixel 5 has a 6-inch screen display, compared to the Pixel 4’s 5.7-inch. It even cut some weight because the extra bulk that the radar sensors took up in the previous-gen Pixels was removed.

The left side of the device has the SIM card tray with space for a single nanoSIM. But, the Pixel 5 supports internal eSIM for dual SIM connectivity. On the right side are the volume rocker and power key.

The fingerprint scanner at the back of the gadget can be seen and felt. Meanwhile, even though a camera bump is present, it doesn’t protrude enough to cause the phone to rock on a table.

The headphone jack is absent on Pixel 5. There is just a single USB-C connector at the bottom. The left port at the bottom is a microphone, and the right port is a loudspeaker. There’s additionally a small microphone hole in the camera square on the back. 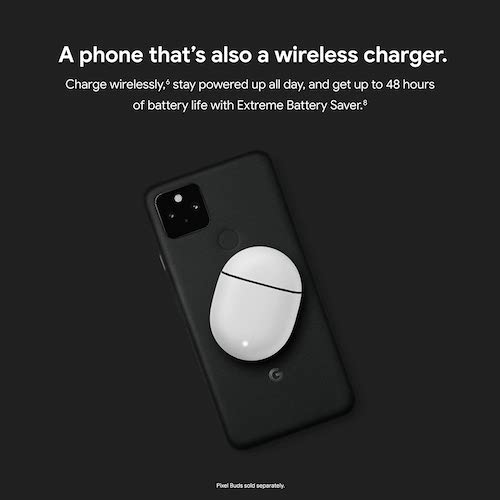 The overall design closely imitates the Pixel 4a but with a slightly bigger display and, obviously, the dual cameras. The rounded sides and high-grip material on the back of the Pixel 5 are very satisfying. 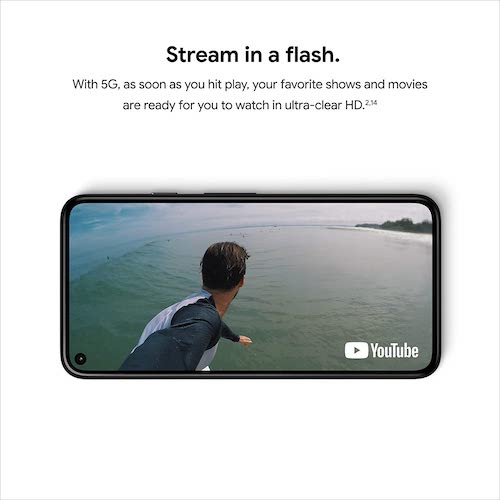 Brightness isn’t a problem with the refresh rate anymore like it was with Pixel 4 devices.

The rounded corners of the display precisely follow the phone’s perimeter, smoothly flowing around the rounded corners, thus earning Google some points for design execution. While the Pixel 4a had a slightly larger lower bezel than the rest, the Pixel 5’s bezels appear uniform all the way around.

Color accuracy is excellent on Pixel 5. In the default “Adaptive” mode, whites were not tinted blue, as it’s found to be a trend in many smartphones. Colors are deep and vibrant with excellent contrast. The “Natural” color mode is very close to accurate based on the RGB color space.

A “Boosted” profile is also available if you think the Adaptive setting is too vivid and the Natural setting is too dull. Although there’s no customizable color tuning for the Pixel 5, the three options keep the choices simple.

Pixel phones before the Pixel 4a were unable to get brighter than their manual slider allowed them to, even if the “Adaptive Brightness” setting was activated. With Pixel 5, the display will crank up to higher levels when exposed to direct sunlight.

Battery life was a major complaint with the Pixel 4, and Google appears to have gotten the message. In addition to the expanded capacity, Pixel 5 also has a new software feature: Extreme Battery Saver. 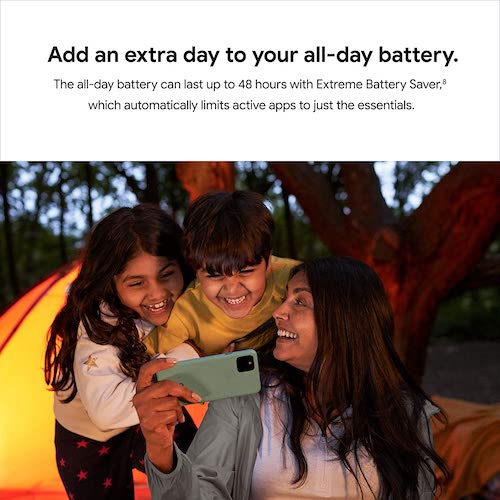 The Pixel 5 comes with an 18W fast charger in the box and supports Qi wireless charging. You can likewise utilize the phone to wirelessly reverse-charge other gadgets.

The Pixel 5 comes with Android 11 right out of the box. Since the software comes straight from Google, OTA updates don’t need carrier or OEM approval before reaching the device. Google guarantees at least three years of major OS updates and security patches during the Pixel 5’s product cycle. 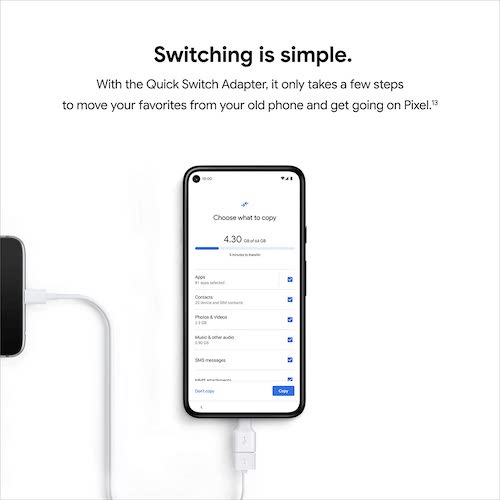 With the Pixel 5, there’s 128GB of UFS 2.1 storage, which is the only memory configuration. It’s impossible to expand the storage, either.

RAM is higher than the previous generation. After the long overdue bump up to 6GB of RAM on the Pixel 4 duo, the Pixel 5 comes with 8GB of LPDDR4x RAM.

Like its predecessor, the Pixel 5 comes with dual rear cameras. Following the criticism that Google got a year ago for excluding an ultra-wide camera on the Pixel 4 duo when every other competitor had one, the Pixel 5 exchanges the 2X zoom telephoto camera for an ultra-wide shooter. This camera equips a 16MP sensor. It uses an f/2.2 aperture lens with a 107-degree field of view. In truth, this isn’t as wide as other competitors; however, the lens distortion is kept to a minimum. 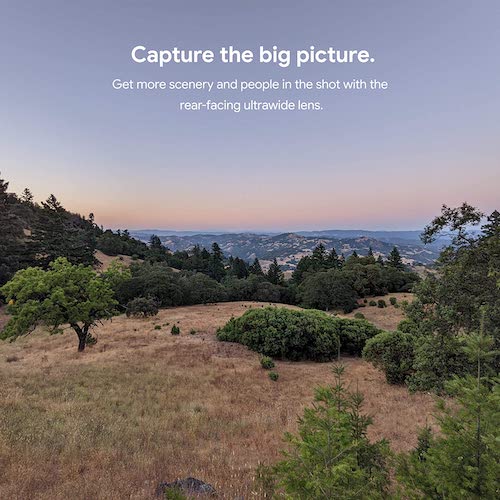 The front-facing camera on the Pixel 5 is slightly different from the Pixel 4’s. It’s still 8MP and has an f/2.0 lens, but that lens is just a bit wider at 24mm. For a selfie camera, this camera is generally wider than many. Still, there’s an alternate way to zoom into 1.4X if you want to take a more cropped selfie that’s more in accordance with numerous other front-facing smartphone cameras. 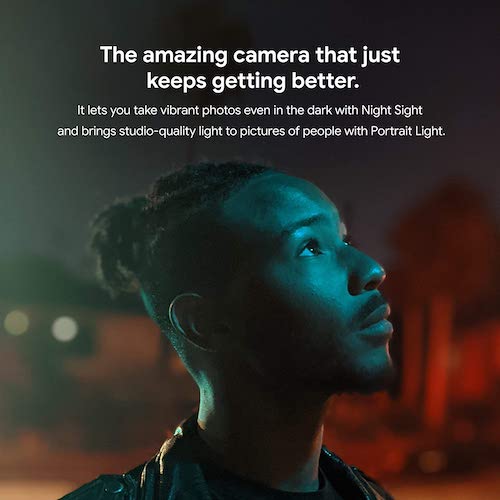 There’s no autofocus on this front camera and the lack of front-facing 3D sensors that Motion Sense had means that this camera needs to rely solely on the single selfie camera to take portrait selfies.

Several other phones come to mind when considering Google Pixel 5.

The Samsung Galaxy S20 FE 5G device has an 8.0% larger screen than Google Pixel 5. A bigger screen is always preferred for internet surfing and Live streaming. However, choosing Samsung would mean having a slower performing device. The Google Pixel 5 has 33.0% more RAM than Samsung Galaxy S20 FE 5G. The higher the RAM higher will be the multitasking ability and better the performance.

For a lower price, the OnePlus 8 has a similar chipset to the Pixel 5. But, Pixel 5 is approximately 19.0% lower in weight than the OnePlus 8. Lightweight devices are easy to carry in hands for the longest time.

The iPhone 12 has an impressive camera that is in higher-end needs of even pro photographers. The Pixel 5 beats the iPhone 12 with its 90Hz screen refresh rate. Apple’s flagship has a 60Hz display. Having a 90Hz display means the screen refreshes 90 frames a second, making scrolling smoother. 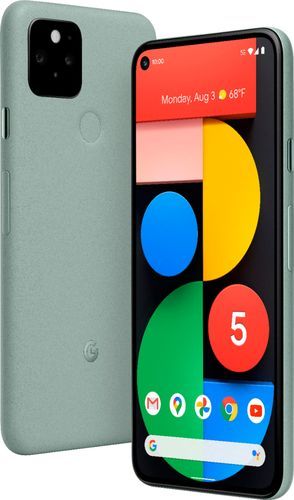 Google Pixel 5 is the phone that is very much suited for those who are looking for an excellent camera phone. The camera on this phone performs well in almost every situation.

It is also the phone for you if you prefer a phone that is smaller in size. It will fit easily into your pocket. If you need a little bit of convincing, its 90 Hz screen might tip the fence for you.

However, you may want to look elsewhere if you are looking for a phone with excellent audio quality.

Check out the Google Pixel 5 on BestBuy.com to know more!

Google Pixel 3A Review: Everything You Need to Know