This year’s Apple phone has a new look and new technology. The iPhone 12 is a phone that will give you a solid performance and comes with comprehensive 5G coverage. While it is lacking in certain departments, this is still a fantastic device that many Apple fans will love.

Order the iPhone 12 on BestBuy.com now! 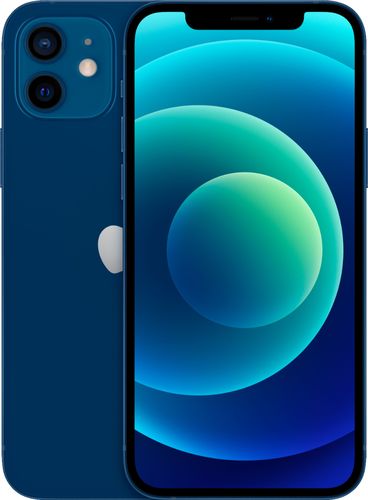 The iPhone 12 has a new flat-edge that is aesthetically pleasing. Although it’s not a big alteration in the design, this is a welcome change from the rounded iPhones from the last few years. The flat edges do, however, make it harder to grip the device as it digs into your palms.

Nevertheless, this is a phone that feels substantial in your hands. Its IP68 water resistance caliber is much better than many other phones on the market and with its Ceramic shield, the phone is way more durable than its predecessors.

On the back of the phone is smooth, shiny glass, which unfortunately, attracts some fingerprints.

The sides have the usual buttons and some black plastic antenna windows.

The camera module is a little square poking out of the back of the phone. You really want to be careful not to drop your phone as it will most probably end up being the first thing to crack. The bezels on this phone are much smaller compared to the iPhone 11. On the top is a big notch for the Face ID sensor.

At 6.1 inches, this device is also quite large. If you want something more compact, Apple offers the 5.4 inch iPhone 12 Mini. This phone comes in five colors – blue, mint green, black, white and red.

The iPhone 12 also has a ring of magnets located at the center, on the back. This opens up the world of Apple’s new MagSafe accessories that includes wireless charges, and wallet attachments that can be taken on and off with a snap.

With MagSafe, accessory attachment is convenient but it does seem like the magnets are not as strong as they should be yet. There is much space for improvement with this feature if it were to be of Apple standards. Nonetheless, it is a clever idea that many iPhone fans will love.

The 6.1 inch Super Retina XDR OLED display is definitely an upgrade from the iPhone 11’s LCD display. The iPhone 12 display has a 2532 x 1170 resolution that gives on screen clarity. Colors on the display screen are natural, accurate to the eye and not oversaturated. Apple estimates that 625-nit in terms of brightness. 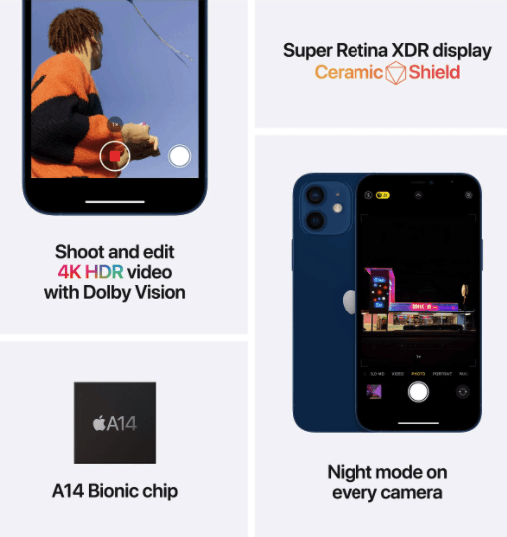 The screens are covered with Ceramic Shield, which is a new Corning product, which according to Apple, is 4 times less likely to shatter as compared to the glass used for Apple’s previous phones. While the Ceramic Shield improves the phone’s durability, it does not do much to protect it from scuffs or scratches.

Perhaps the main downsides is that this device only has a 60Hz refresh rate. With many phones on the market boasting 90 Hz or 120 Hz panels, Apple could do much better in this department. However, the 60Hz rate does help with battery longevity.

According to Apple, the iPhone 12 has 17 hours of video playback as well as 65 hours of audio, which is similar to the iPhone 11. However, there is 5G to be considered. Battery seems to drain faster when 5G is switched on. When it is switched off in favour of LTE, the phone lasted significantly longer.

This phone comes without a charging brick and you will have to go without the fastest charging solution unless you purchase Apple’s 20-watt USB-C adapter which costs $20. The Lighting to USB-C cable that comes in the box is not compatible with older charges and can only be used with the new brick.

With the 20-watt adapter, the phone is able to charge from zero to 57% in half an hour. The phone also charges wireless at 15 watts, which is much faster than the old 7.5-watt speed. 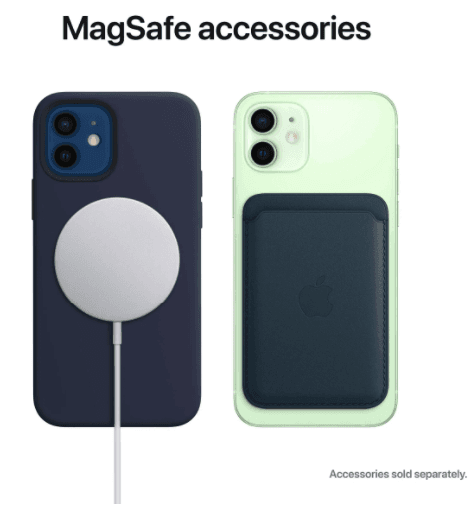 The iPhone 12 as Apple’s A14 Bionic chip, the first 5-nanometer processor in a smartphone. This means you can expect a faster and even more solid performance with this phone. According to Apple, the GPU inside this chip is 50% quicker than the one in A13 which was used in the iPhone 11.

This phone also has Apple’s latest update, the iOS 14. IT comes with features such as picture in picture video,  basic privacy improvements, true widget support and new schemes for organizing apps.

Additionally, Apple has also made a commitment to enable old iPhones to receive the latest software updates, which makes the brand even more worth it. For example Apple’s 2015 iPhone 6S also received the iOS14 update this year.

Compared to its previous phone, Apple has given the iPhone 12 an upgrade. While the dual lens camera is arranged the same way, and is still backed by 12 megapixel sensors, the rear camera now has a 7 element design with the largest aperture ever for an iPhone. With these upgrades, you will see better performances in low light as well as more detailed pictures even when they are captured in unfavourable conditions. 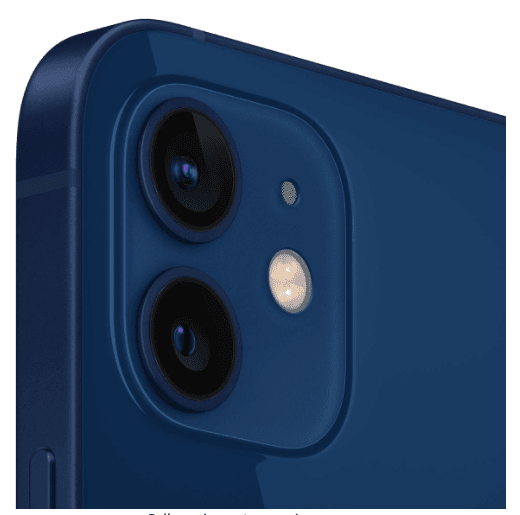 This camera takes dramatic, stunning pictures with Night Mode. Colors are sharp and lifelike and the camera now emboldens object boundaries which results in pictures that have more depth.

With day shots, pictures that are captured are sharp and colors are natural and realistic. However, there is no optical zoom, which limits shoots that need the zoom in function. The iPhone 12 Pro and Pro Max do however, have optical zoom.

There is also the Deep Fusion mode, which works well for medium light scenarios. Designed to composite various exposures for optimal sharpness, Deep Fusion brings out the details in images. Shots taken with it are warm, crisp and appealing. Give this function a try during sunset and you will be able to capture rich colors and details in your shot.

As for the front camera, self portraits are sharp. Smart HDR is able to manage contrast well, giving the images good depth.

As far as phone cameras go, the iPhone 12’s camera is quite impressive and offers solid performance when compared to phones in the same price range.

The Google Pixel 5 is said to be the Android equivalent of the iPhone. You get three years of system updates, exclusive features, and a fantastic camera with Night Mode. Instead of Face ID, the Pixel 5 has a fingerprint scanner. However it only has a mid-range 5G chipset. This phone has 8GB of RAM and a 90Hz screen. It is priced at $700.

Overall, the iPhone 12 is a great phone and the changes that come with it are for the better. Its gorgeous new design, upgraded performance, full 5G coverage and excellent cameras are all features that will make you fall in love with it. The main drawback is that you will have to purchase a charger for it separately. 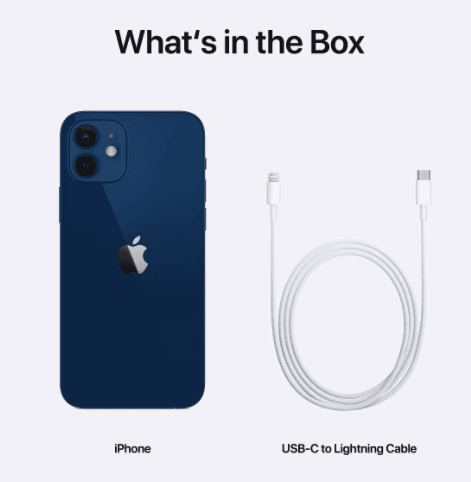 While Apple can still go a little further to make improvements, this is still a pretty worthwhile phone to purchase, and clearly, it is a step above its predecessor.

Check out the iPhone 12 on BestBuy.com now!