The OnePlus 7T was a confusing phone. It had all the bells and whistles of its elder and pricier sibling, the 7T Pro, except a few. And that clearly meant that very few people had any reason to buy the latter.

The newest releases, OnePlus 8 and 8 Pro seem different. There are several reasons for you to pick the latter over the former, albeit with a major caveat. The company which once called itself a “flagship killer” is touting its latest product at a starting price of $899, making it the costliest flagship from the BBK subsidiary till date (except the McLaren versions).

Has the company been able to make amends and is the $200 difference from the vanilla version worth it? Let us find out.

Over the years, we have come to accept that the flagship phones, more or less, would carry the same design language, an all-glass body with metal sandwiched in between. The OnePlus 8 Pro continues where the previous iteration left, and there are some subtle improvements in tow.

Instead of regular glass, we get a soft-touch Gorilla Glass 5 combined with an aluminium frame for added durability and good hand feel. The back looks almost the same as the OnePlus 7 Pro, but the front is a different story altogether.

The pop-up camera is missing, and the punch-hole camera is the shooter here. The panel is similar to the one present in its elder sibling’s offering, the Oppo Find X2 Pro and both of them are drop-dead gorgeous.

The button placement has been the same since the OnePlus 2, and we have no qualms here too. You will find the power button on the right middle and the alert slider on its top. The volume rocker is on the left.

The earpiece acts as the secondary speaker, and you get a USB-C port, main speaker and SIM card tray on the bottom. Unfortunately, the tradition of OnePlus omitting the headphone jack continues, and we are yet to be thoroughly convinced about the utility it provides.

The display houses a punch-hole in the top left and an in-display fingerprint in the lower half. The curved edges give it a premium feel, but the palm rejection is not its forte. We have seen other brands offering a far better response in it is something that we felt is lacking here.

Talking of the display quality, DisplayMate has rated it A+, i.e. it has close to no imperfections and is the best display you will get on a smartphone currently. The specs list is no minuscule either, and you get a 6.78-inch QHD+ AMOLED with a peak brightness of 1400 Nits. It is HDR 10+ compliant with a 19.8:9 aspect ratio. 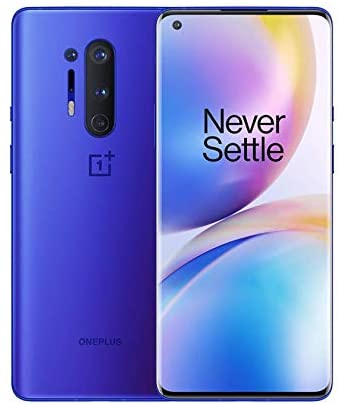 The 120Hz panel makes scrolling smoother along with a 240Hz touch sampling rate, and the high pixel count ensures that whatever you do on the screen is a pleasurable experience.

One thing we would like to point out is most phones allow the high refresh rate only at FHD resolution, but it is not the case here. Although you get 120HZ at FHD by default, you can tweak the settings to enable it at QHD+ as well.

Even though we are in a constraint and it is difficult for us to gauge how the battery performs in real-world usage, the one thing that we can say with surety is that it is more than sufficient. It comes with a 4,510 mAh cell with support for 30W Warp charge, both wired and wireless. Even when you are running on 120Hz all the time, you can expect around 6 hours SOT.

Also, when the battery dies, you can always top it up in real quick time. The Warp charger, be it wired or wireless, can top the device up to 53 per cent in 30 minutes. When you are running it at 90Hz, you can expect around 8 hours SOT or more depending on your usage.

The OnePlus 8 pro is arguably the fastest phone in the market. You can point out that the latest silicon from Apple is better than Qualcomm’s when it comes to benchmark scores, but the real-world usage feels indifferent.

It pairs the latest Qualcomm’s flagship, the Snapdragon 865 with 8 GB or 12 GB of DDR5 RAM and it flies past anything that you would throw at it. Oxygen OS has been our favourite Android skin for the last few years, and it doesn’t disappoint here too.

There is no MicroSD slot available, but OnePlus gives you up to 256 GB of storage, which is sufficient for most users. Thankfully, there is dual SIM functionality which works for most of the world except regions like North America where it remains disabled. The software is similar to what it had been on the last-gen phones, with small additions like Dark Mode 2.0, Dynamic Wallpapers, and some others.

We found some occasional stutters while multitasking but it is more because of some software tweaks and we expect these to part as the future updates arrive.

Every new iteration from OnePlus comes with a hope that their cameras will finally match that of the likes of Samsung and Huawei, but the output had us disappointed. This year, it has an exciting array of cameras, but they still feel a bit behind the best. It doesn’t mean that they are bad. The output from OnePlus 8 Pro’s cameras is the best we have ever seen from the brand and that too by a significant margin.

It comes with the custom-made Sony IMX 689, which is 35 percent larger than what we had seen in the previous-gen OnePlus phones, as its primary sensor. The megapixels count remains at 48, but the low light performance sees a significant boost. There is an 8 MP telephoto sensor capable of 3x zoom, another 48 MP IMX 586 as a wide-angle lens, a 5 MP depth sensor and a unique Color Filter camera to complete the rear array.

If we talk about the front camera, OnePlus is still sticking to a 16 MP Sony sensor that we have seen in so many phones already. The color and contrast are on point, and the final output looks natural with a strong dynamic range.

The primary camera sensor takes some great-looking shots, irrespective of the shooting conditions. The pixel binning and large sensor size means you get a lot of details by default. You can also shoot at full 48 MP, but we would suggest otherwise as the difference is negligible. The telephoto sensor is a 12 MP one, but it only outputs at 8 MP.

OnePlus boasts of 3x optical zoom, but the reality is different. The brand is using a 12 MP sensor to get 3x field of view, which means that the zoomed image is not as good as those shot from actual optical sensors.

The OnePlus 8 Pro can shoot 4K at 60 FPS. The primary rear camera and the telephoto sensor comes with OIS, which makes the footage less blurry. The stabilization is on point, and we get results which are sharp, well-detailed and have excellent dynamic range. The front camera limits itself to 1080p at 30fps, and the results are respectable.

Overall, we love the way OnePlus has marched ahead with the camera output of the 8 Pro, and it justifies the increase in the price tag of the device. We hope that the future updates will bring in more refinements, as is the case with all the previous offerings from the brand.

Is the filter camera a gimmick?

The latest and the most surprising addition with the newest iteration is the 5 MP Color Filter camera. But the question is, does it do anything other than increasing the cost of the device?

Unfortunately, looking at the output currently, our answer is No, it doesn’t. In our time of testing, it does nothing much and merely changes the color equation of the subject with no proper reasons to do it. We hope that the conundrum gets solved in the upcoming months.

What does the competition have to offer?

We are used to seeing OnePlus competing around the $700 mark, but it is different this time, and that makes it awkward too. The $900 starting price tag that it ships with can and will disappoint a lot of its fan base who are supporting it since 2014.

On the other hand, it is the first ultra-premium handset from the brand where it has cut no corners to keep the price low. Instead, you get everything that the competition has on offer and more. But can you overlook that $200 price jump? Most people will not.

Coming to the competition, you get the current Samsung flagship, the S20+ for around the same price which can be a tantalizing offer for many ardent Korean brand’s fans and otherwise. If you prefer iOS, the iPhone 11 is available for $700 and above. Other than that you will find previous-gen flagships like Samsung Note 10+ in the same price bracket.

The verdict – is it worth the money?

The OnePlus 8 Pro lacks any carrier support, which can be a disappointment for many. Further, it misses out on several 5G bands, and you get a lot of worthy midrange devices, which makes it a far tricky recommendation.

Keeping the issues aside, the OnePlus 8 Pro offers more value than the similarly priced flagship and even those which cost several hundred dollars more. The drop-dead gorgeous 120Hz AMOLED panel, Oxygen OS, splendid battery life, and versatile cameras make it the best OnePlus device to own till date, even with the price jump.

Check out the OnePlus Nord N10, the latest mobile launch of OnePlus on BestBuy.com here!

One Plus 7 Pro Review: Bigger and Brighter