Last year, Motorola launched the G7 Power which had marvellous battery life but was lagging in most other departments. It has brought its successor in 2020, and there are two variants, one for the States whereas the other one is the international version.

Since the last three years, Motorola has failed to garner enough attention, and they are themselves to blame. Their phones have been lacklustre and lacked convincing power, and even the most relentless fan couldn’t change it. For the first time, we are experiencing Motorola listening to others and curating products to suffice them.

Is the package good enough to draw more audience and change the fortune of the Lenovo-owned brand? Find out in our review of the Moto G Power.

The build of the Motorola G Power is mostly plastic, and it is available only in the Smoke Black variant for the US. On the front, you will find the 6.4-inch panel covered with glass and housing a punch-hole camera on the top left.

There is probably no protective layer on the smartphone, as the manufacturer failed to mention anything other than the splash-proof coating on its launch.

There are relatively large bezels on the front, which left us unsure of the need for a punch-hole camera. Even the shiny black looks good till you haven’t touched it. There is a pattern of straight lines on the back, but it isn’t easy to visualize unless viewed from a certain angle. The fact that it is a fingerprint magnet doesn’t help the case either.

There is a fingerprint sensor on the back and the volume rocker and the power buttons are on its right. The buttons are tactile and offer excellent travel and feel. You will find the Dolby-tuned principal speaker, the USB-C port and the headphone jack at the bottom.

The earpiece acts as the second speaker in the stereo setup and resides under the grill above the screen. You will find a hybrid SIM slot on the left of the device and the upper portion houses nothing more than an additional noise-cancelling mic.

The large battery makes it a bulky, even though the plastic build compensates and ensures that the overall weight remains at a shade under 200g, 199g to be precise.

The Motorola G Power is a budget device. We do not expect it to have a QHD+ display, but having an FHD+ AMOLED would have been sweet. Nevertheless, it has an IPS LCD Full HD+ panel resulting in 393ppi, which is sufficient for day-to-day usage.

The default tone is neutral, and the colours are natural with apt sharpness. The combination of LCD and punch-hole means that you will notice a halo around the cut-out. The previous-gen model chose a 720p display, and the upgrade to an FHD+ panel should make most users happy. 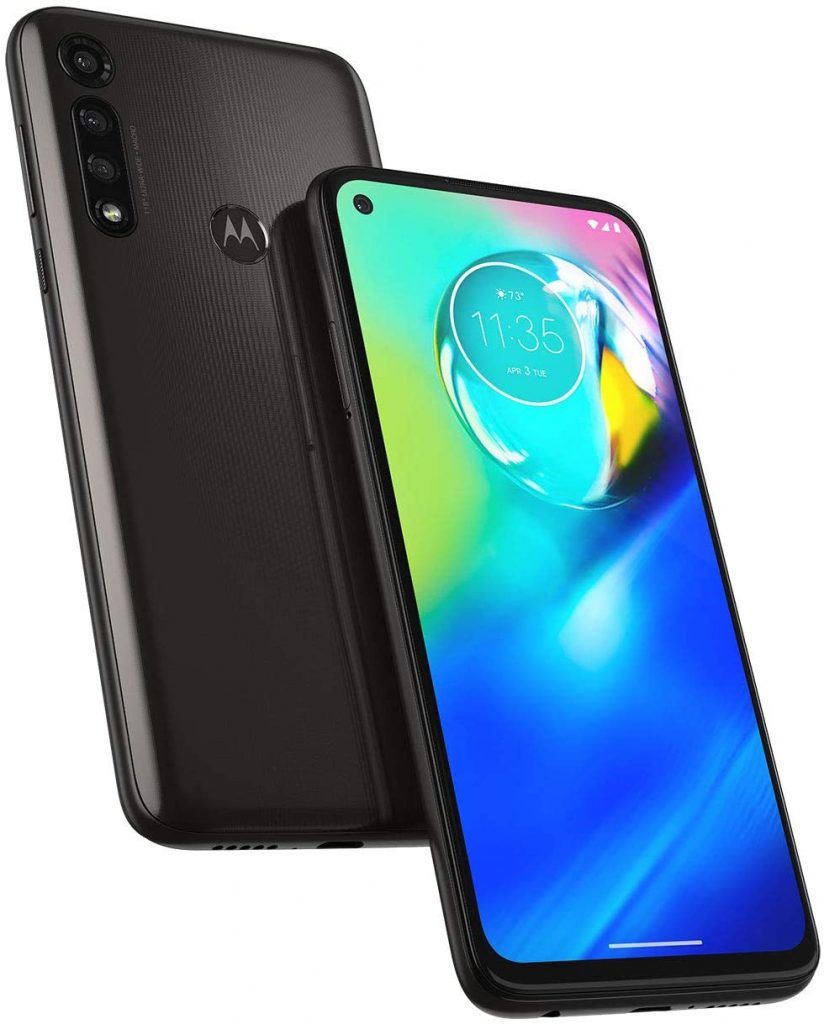 The viewing angles are sufficient, and watching content should be a joy, mainly due to the stereo speaker setup.

The screen is quite bright, and it can reach an overall brightness of 500 in manual mode and around 700 in auto mode. These numbers are impressive, at least when you consider that this is an LCD panel and not an AMOLED one.

If we have to pick an area where the smartphone beats almost everyone else, it has to be the battery life. It packs a mammoth 5000 mAh cell, and Motorola claims a three-day battery with this one. A lower mid-range processor combined with a large tank should last you that long.

One thing for sure, even the most strenuous users will seldom plug it to charge up every night. Speaking of screen time, you can expect a SOT of around 10 hours, which is much higher than the usual average time of 7-8 hours in other devices.

Even though battery life is unassumingly good, the charging time was the exact opposite. That the big battery only replenishes by a 10W “rapid charging” is anything but so. There were other reasons to perplex us as well. The previous-gen has 15W support, and even the international variant of the current one gets 18W. 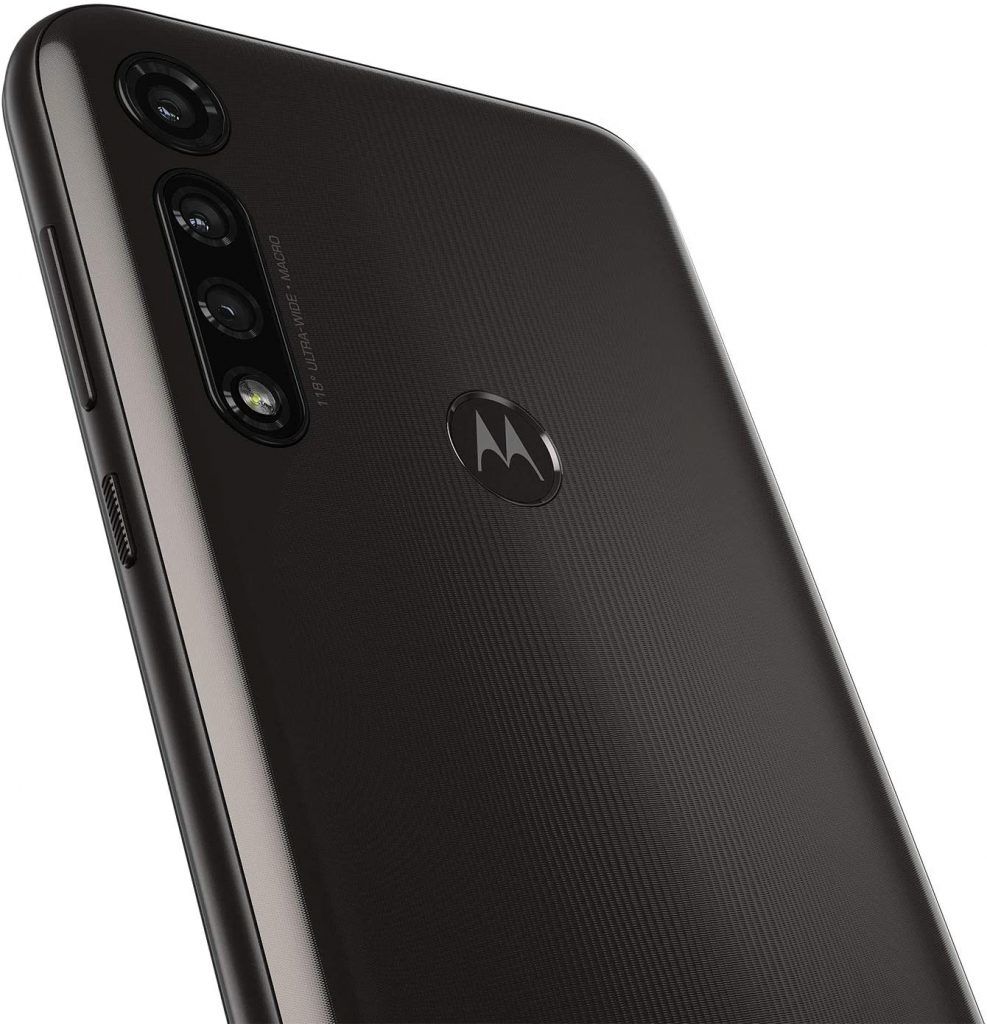 So what made Motorola skip the same for the States and assume that it would be okay? We have no clue, and there is no wireless charging either. The only good thing is the inclusion of the USB-C port instead of the traditional one.

The Motorola G Power comes with Android 10 out of the box with near-to-stock experiences. The software is almost on a par with Android one phones or the Pixel lineup, and that is not a bad thing at all. If you talk of extras, there are some subtle Motorola gesture tricks and the Moto app which houses all the nifty features on offer.

We are a fan of Moto’s gesture configurations and find them useful. Moto Display is another helpful addition which lets you interact with the notifications without unlocking the device. If you talk of what is under the hood, it is the octa-core Qualcomm’s Snapdragon 665 with the Adreno 610.

It is an 11nm chipset comprising of two clusters, a 4×2.0GHz Kryo 260 Gold based on Cortex-A73, and another one is the 4×1.8GHz 260 Silver based on A53. Unfortunately, there is only one memory variant for the G Power and the 4/64 GB combo may feel paltry for power users.

The day-to-day performance of the device is excellent. You may come across some occasional hiccups, but it performs most of the tasks aptly, and an average user should not have a hard time with the device. The benchmark scores present a lower mid-range picture, and an SD7xx could have helped it fight the competition.

The Moto G Power and the Moto G8 Power are mostly similar, but it is the camera department where the difference is stark. The former omits a telephoto lens which the latter has, and the resulting difference is anything but minimal.

Keeping it aside, the Moto G Power comes with three cameras on the back and a single shooter on the front. The rear setup comprises a 16 MP primary shooter, an 8 MP ultrawide and a 2 MP macro sensor, complete with a single LED on the side. There is a 16 MP shooter at the front.

Looking at the price, we knew that it wouldn’t compete with the S20s or the Pixel 4s. The sad part is, it barely keeps up to the competition in the price segment. The rear setup clicks decent shots in daylight with excellent dynamic range and preserves ample details. The macro camera performs better than expected, and the results it pulled off positively surprised us.

Most budget ultrawide sensors are downright crappy, and it holds on to our idea of the same. The image quality was significantly lower than that of the primary sensor, and even though you can include more in the same frame, the detail levels are not up to the mark.

You get a Quad Bayer 16 MP sensor on the front which shoots images with excellent contrast, but the dynamic range is nothing to boast of, and the Auto HDR toggle is the only saving grace here. As for portraits, we expected much better. The subject separation is okayish, and the bokeh came out unnatural at times. Video quality with either of the cameras are decent and expect little from them.

Even though the Moto G Power is a good phone when it stands alone, the Realmes and the Redmis make it look otherwise. You have a Redmi 9 Pro which packs in a vastly-better SD720G with the same battery size and much better overall camera performance. They also come with 30W adapted in-the-box.

Then there is Realme 6 (which is the new “Pro”) which packs a 90Hz refresh rate, a far superior Mediatek’s Helio G90T processor and better cameras. The software support for either of these devices will also be better if we go by previous track record.

Traditionally the “Power” variant targets the budget users who look for impeccable battery life and decent performance. The latest iteration doesn’t disappoint on those counts. It has a good screen, and the stereo speakers improve the content watching experience. The software is clean and nifty Moto additions further up the game. 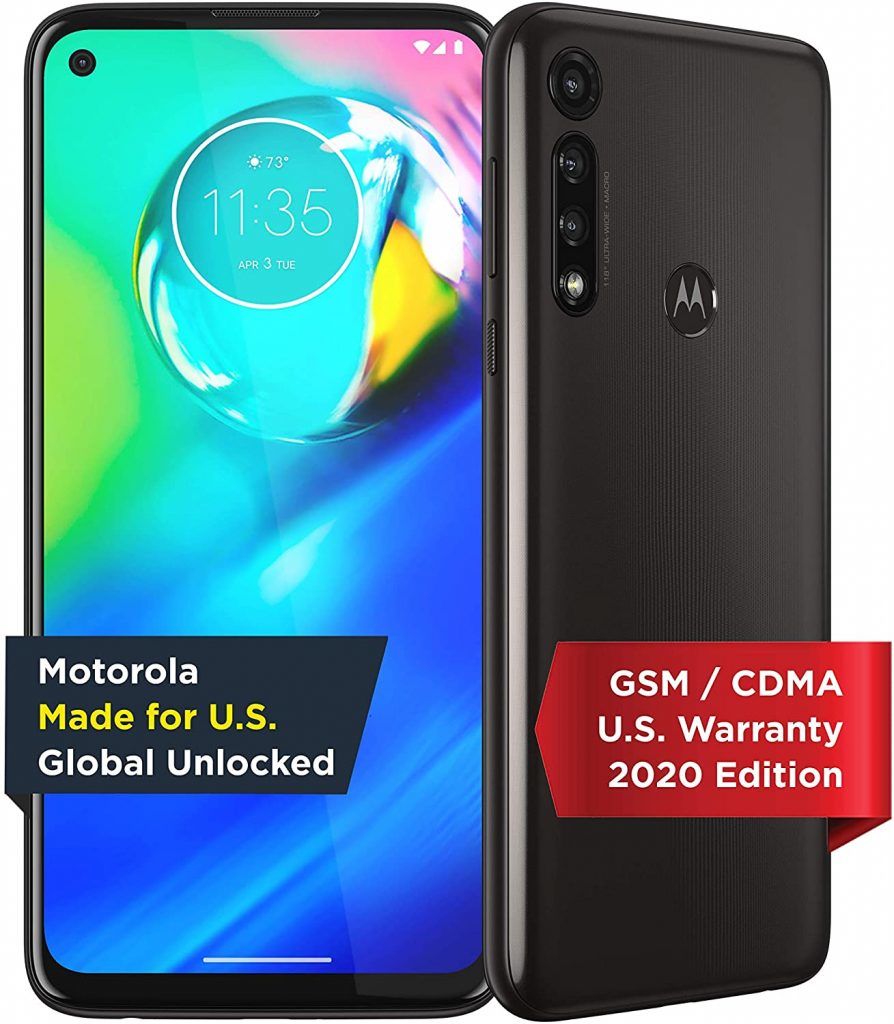 But the overall performance is lacklustre and falls behind the competition on most counts. The lack of an SD7xx chip, faster charging, higher refresh rates and a glass-metal build (which the rivals offer) makes it a difficult recommendation. They have been shabby with their past software updates, and there are no indications that it would be any different this time around, which further worsens its case.

Check out the Moto G Power on BestBuy.com to know more about the device.