The Motorola One 5G is an affordable device with 5G-compatibility. It is a good all-rounder with a better chipset, battery life, and HD screen quality.

Check out Motorola One 5G – Oxford Blue on BestBuy.com

See here for the updated version- Motorola One 5G Ace

The Motorola One 5G is a plus-sized handset, even compared to the Moto G8 Plus. The phone’s dimensions are 168 x 74 x 9mm.

On the front, the screen takes up most of the space, broken up only by a reasonably minimal bezel and the dual punch-hole cutouts for the cameras.

The back of the phone is formed of glossy blue plastic that easily gets fingerprints and smudges. There’s a square cutout in the upper left corner for the camera bump, which doesn’t stick out too far.

A USB-C charging port, speaker, and headphone jack are at the bottom of the phone, while the top is empty. The hybrid SIM slot is on the left side, opposite the volume rocker and power button on the right. The power button also functions as a sensitive fingerprint sensor. 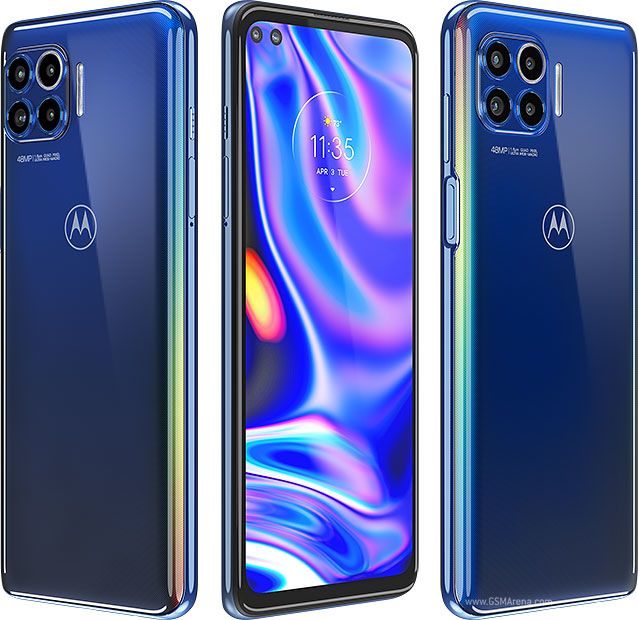 The screen of Motorola One 5G measures 6.7 inches diagonally, making it one of Motorola’s biggest devices.

The device is comparatively thin, and there is enough space to view two apps at a time, while movies can generally be watched without blacked ‘letterbox’ bars at the top and bottom.

Commonly, the screen is nice to look at, with its HDR10 rating, ensuring an excellent dynamic range. It has a 90Hz refresh rate, which makes operating the phone smooth. It can be turned down to 60Hz (or select an automatic mode that switches between 60Hz and 90Hz depending on what is being done) to save some battery life.

This is the first affordable Moto phone to have a 90Hz performance, usually limited to higher-end devices.

Motorola tends to pack huge batteries into its lower-end phone lines, and there’s no difference here, as the Motorola One 5G has a generous 5,000mAh power pack.

The Motorola One 5G tends to last a whole day, regardless of whether the user is just scrolling through social media or playing lots of games, streaming music, and watching Netflix.

The charging speed is 20W, which is a step up over most Moto G handsets, and while it’s not ‘fast’ by any means, anyone used to Moto G phones will find it snappy.

It takes about two hours for the phone to be fully charged. There’s no wireless charging to this device.

The Motorola One 5G ships with Android 10 and My UX, Motorola’s customized Android user interface. Motorola offers an essentially stock experience on unlocked phones. My UX adds useful features like Moto Game Time and Moto Gestures, which allows to customize the phone for gaming and enable gestures for regularly accessed features.

In addition to disabling the ability to turn off 5G, the AT&T model adds over two dozen bloatware apps. Most of the apps can be uninstalled, but it’s frustrating that carriers are still taking freedoms without offering any price subsidization.

Motorola has confirmed the One 5G will get the Android 11 treatment and two years of bi-monthly security updates. While Motorola is typically pretty quick to push OS upgrades for its unlocked phones, the process isn’t as seamless once carriers are involved. However, we’re confident that Motorola will make good on its promise to bring Android 11 to the One 5G, how long it will take to get the upgrade is dependent on users’ carriers.

The Motorola One 5G has six cameras, four on the back and two on the front, which is quite a catch because even the iPhone 11 Pro Max has only four. As with most smartphone camera setups, quantity doesn’t necessarily symbolize quality, and the phone is only okay for photography, not excellent. 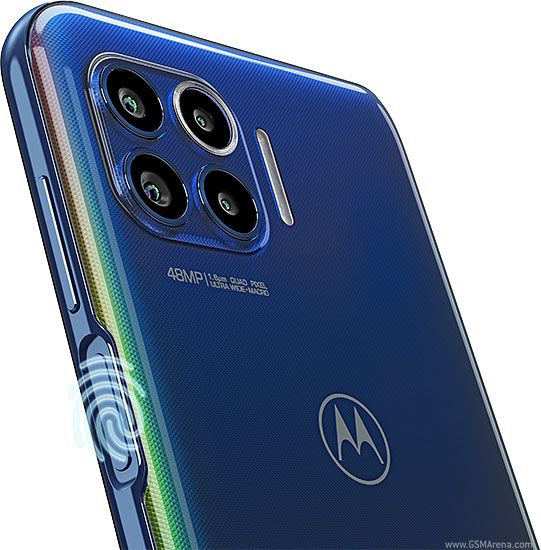 The front is a 16MP f/2.0 selfie camera, which is accompanied by an 8MP f/2.2 ultra-wide camera for group shots. Pictures look considerably good when taken in well-lit conditions.

There’s a beauty mode available for both regular or ultra-wide selfies, but it tends to smooth out detail in facial features to an extreme level, so it’s best to leave it.

Pictures taken with the main camera look fine in detail but not great for color or contrast, as snaps look a bit dim with low dynamic range.

There’s no optical zoom, but the 8x digital zoom is better than expected. Zoomed-in pictures does not look as grainy as they sometimes can.

Snaps taken using the ultra-wide camera appeared to have the same vibrancy issue as those from the main camera, but there isn’t much edge distortion in the shot, which is a typical case in ultra-wide pictures.

There is a new camera feature in the One 5G, the smart composition. It auto-crops pictures to improve the framing (using the rule of thirds and some AI smarts).

This device has 4K video recording, as many phones do. Still, it’s pretty special because it can be recorded in the 21:9 aspect ratio, as not many phones offer that feature, and even if they do, it’s not at that resolution.

Several other phones come to mind when considering the Motorola One 5G.

The Motorola One 5G enables a 5G connection without having to spend a fortune. Besides, its long battery life is pretty impressive, especially because it has a big screen to burn power.

It has a noticeable resemblance to its budget siblings, with a big blue rear, so the main point of buying a device is the look, maybe consider a different mobile.

Check out for the updated version- Motorola One 5G Ace