Samsung Galaxy is suitable for anyone looking for excellent selfies and long lasting battery performance. The triple camera enables you to capture clear photos even when you’re close, effortlessly.

Technically, it is not the most prominent phone if judged by the 6.4 inches display, since its sibling rivals, S10 Lite and S10 5G have 6.7 inches display. But, if you’re seeking fantastic screen clarity and wireless power-sharing, and feel you can absorb the premium price, then the S10 Plus might be for you.

Galaxy S10 boasts of its triple camera technology that wasn’t present in the previous model S9 Plus. The first camera has a 12-megapixels lens with f/1.5 aperture, paired with another lens 12-megapixel telephoto with f/2.4 aperture. The third camera lens is 16-megapixel, which is an ultra-wide-angle shooting lens having f/2.2 aperture.

If you want a close-up caption, the telephoto lens provides a 2X optical zoom. It ensures you take incredible selfies that are unmatched by the previous series. You can also swap to the ultra-wide-angle lens if “groupy” or landscape pictures impress you. 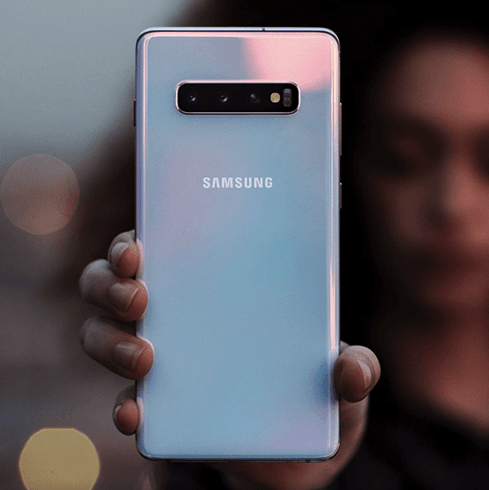 Meanwhile, enjoy the fast transitioning between these cameras. You can achieve it by pinching in or out within the camera finder, or tapping on the lens icon you wish to use. This will automatically grant access to the relevant lens. With the triple camera lens, Samsung Galaxy S10 Plus can now  compete favorably with its rivals such as LG V40 ThinQ and Huawei Mate 20 Pro.

You definitely expect photos captured during the daytime to be colorful, with more details. To ensure the images are never underexposed or blown out, this camera comes with a good HDR. However, they can look a little washed out since the camera tends to lack contrast.

The Galaxy S10 Plus holds its own light, which ensures even in low-light environments, the camera can deliver crisp, clear images. But, it does not beat its rivals that come with the Night Mode. Most people prefer using the standard lens, which has a wider aperture, as the telephoto and the extra-wide lenses create muddier images in the same conditions.

Samsung has expanded its Scene Optimizer shooting modes up to three. That’s like ten more scenes from its previous version. The scene Optimizer utilizes artificial intelligence to detect scenes like people or sunset and adjust your photo to suit what feels better.

To suggest better compositions, S10 Plus comes with Shot Suggestions. The latter play an essential role in straightening the camera, especially when you’re tilting the camera. Mostly, what you are needed to do is to point the camera at the Best Shot, and the camera automatically makes the shot. These compositions may sometimes result in poor choices, but majorly solid suggestions come through.

Another photography quality in S10 Plus is the Portrait Mode, the Live Focus. This blur effect is added in the subject to make pictures look more enhanced.

Samsung Galaxy S10 Plus has the capacity to produce HDR videos with 4K resolution. This resolution is responsible for the cinematic enhancement. It also has Super Steady mode that even when you’re moving, the photo will still have footage.

When shooting in Steady Shot, HDR needs to be off, however, the settings change automatically as you tap on a different shooting mode. And it’s now easy if you prefer using the phone to record your clips.

The front camera has two lenses; a 10-megapixel shooter lens, and an 8-megapixel lens with f/2.2 aperture. The shooter lens can capture 4K UHD videos while the second lens captures better depth data. 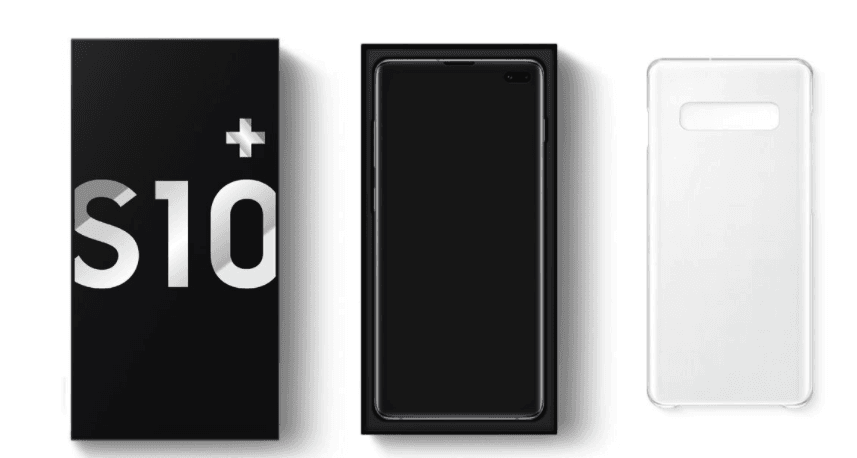 In this competitive market, Samsung Galaxy S10 Plus has a reason to shine with its 4100mAh battery. If you look at its previous versions, the S9 and S9 Plus, you will see a big difference. Many users complained of the battery life regardless of the wonderful features that were offered. They could barely last you a whole day with heavy use. That is why the coming of Galaxy S10 Plus was a great sermon.

Usage behavior has a significant  contribution to how long your phone will be up before its battery drains. Light usage attracts two days, but heavy use of the battery can only last a full day.

The Galaxy S10 Plus has a new feature termed as Wireless PowereShare that allows it to charge other Qi-enabled devices wirelessly. It was first used in Huawei Mate 20 Pro, but there are others like iPhone XS that can as well sap energy from the S10 Plus. The process of tapping power from a device using the wireless functionality is called Reverse Wireless Charging.

Even though it is a slow charging process ,it is convenient when you’re in a pinch.

S10 Plus may take some time to charge completely. This is characterized by Qualcomm’s Quick charge 2.0, which makes the phone take two hours to charge fully. There are brands like the Razer Phone 2 that supports Quick Charge 4+.

S10 Plus comes with a Super AMOLED display with 6.4 inches which is a significant improvement from the 5.8 inch of Samsung S9. The beauty of S10 Plus is the 93.1 screen to body ratio. This type of body ratio fits more pixels. The default FHD can be cranked to QHD+ for spin sharp resolution with HDR10+ that gives superior color and contrast. This feature blends better with movie lovers than the selfie addicts. 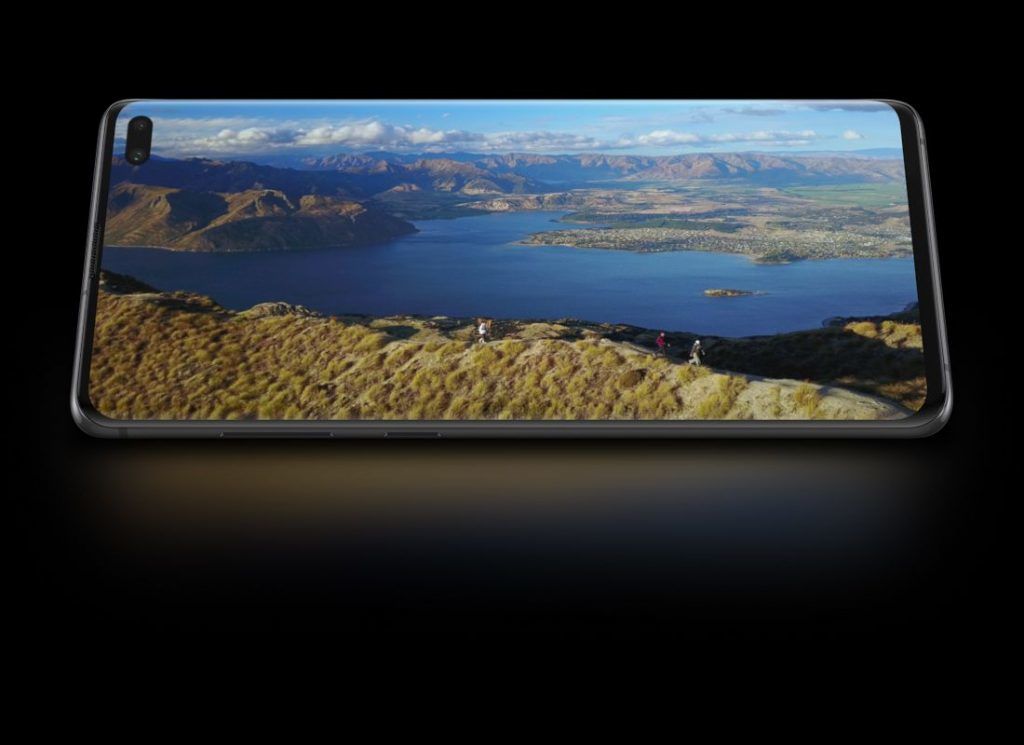 The infinity-O display has branded Samsung a new look since 2019. The phone looks bright, fantastic with colorful reproduction for best icons, images, games, and videos.

The 3D fingerprint scan is one of the peaks of the S10 Plus. It has registered more positive feedback compared to its rival Huawei Mate 20, which was less accurate. The only limiting factors are slow speed and more pressure required.

You need to ensure that you place your finger correctly to avoid failures. Remember, the sensor location is invisible, and since there isn’t any physical ridge to guide your finger, you need to keep practicing until you’re successful.

Alternatively, face unlock can come in handy. Your face will be recognized faster than when using the fingerprint scanner. The only limiting factor with the unlocking feature is less security, and you have to be looking at your phone every now and then.

Samsung Galaxy S10 is good enough to compete with the leading gaming phones in the industry as it has top specs. In the US, this model ships with a Qualcomm Snapdragon 855 chip, but the rest of the world, the phone comes with Exynos 9820. The chips are octa-core, paired with 8GB RAM, to access more grants.

This brand is a close match of iPhone XS, which is of 11,481 chip score and itself at 11002. The phone has an internal memory of 128GB, which is enough to accommodate all your apps, photos and videos. This space is enough to keep all your preferred records. But, if you need more space, this model is equipped with a microSD card slot supporting up to 1TB of storage size.

If you wish to enjoy a better transition between Wi-Fi routers, then S10 Plus will not take you for a ride. It comes with Wi-Fi 6 support that is seemingly faster than the old forge, 802.11ax standard.

Samsung brags of its One UI running on top of Android 9 Pie, which is responsible for easy navigation to the menus. Well, you also need to know that One UI is lightweight, but still, it is very different from stock Android. The icons are large, which makes it user friendly.The interface is clean, but people are still waiting to see an update to Android Q.

If you wish to have a parent-protected profile, the Kids Home can play it’s part very well. Kids can take photos, play kids’ games, and take video clips at a parents’ monitor. This is undeniably a very critical feature with the rising cyberbullying and other inappropriate things in the web.

If there is something that has impressed S10 Plus users is the triple camera that delivers high-quality photos. Some praise it for its excellent performing battery regardless of heavy usage. The 128 GB storage space has also been highlighted as a major pro of using the phone.

How fast is the fingerprint sensor?

Many people have complained about the delay that comes with the fingerprint reader, and it can be very annoying sometimes. But you have to understand that incorrect placement can bring up such failures too. In order to mitigate the issue, face unlock came into the picture.

Why choose Samsung Galaxy S10 Plus?

If you’re seeking a new Android flagship with a big screen and excellent performance, Samsung Galaxy S10 Plus is the phone for you. It may not take the lead as the best camera, but it has a beefy battery, thoughtful software, and a stunning display. If you opt for a smaller version, the Galaxy S10 will not compromise its features. However, S10 plus is more powerful and has wireless PowerShare.